In a world where only 2% of investment capital is directed towards women-run companies, and where only 19% of European STEM degrees are awarded to women, we need solutions for women to be able to access capital to fund their projects and close the gender gap in the business and tech world.

As a result, UN Women and ILO are pioneering the Win Win initiative with the help of investors working towards equal opportunities and access to finance for women.

History is full of women who have significantly contributed to the development of technology, like the creation of wifi, but the public image of STEM is still male-led. Win Win is propelled forward by the notion that science and technology won’t reach their maximum potential without the contribution of women around the world, and that directing more capital and creating more opportunities for women in STEM will only benefit everyone involved, individuals and companies alike.

With this context, on Tuesday, May 4th, Founder and CEO of SheWorks! Silvina Moschini spoke about the difficulties of raising funds as a woman, about VC’s lack of contribution to women-led companies, and the alternative ways of raising capital for startups. In addition, she mentioned her new project, Unicorn Hunters Show, and its goal of democratizing access to capital for entrepreneurs, giving more people more opportunities.

Another focal point was the lack of women studying engineering, technology, and science and therefore the lack of women employed in these fields. The overarching theme was that increasing women in STEM, in positions of power, and as recipients of capital, is a win-win situation for gender equality and for businesses. Companies that hire more women enjoy increased efficiency, problem solving skills, and diverse perspectives that can have positive social repercussions in the world of tech, engineering, finance, and business. 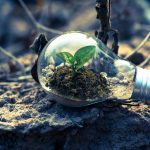 Can remote work be an ally for a greener planet?Blog 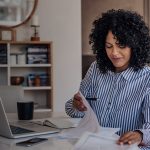