Three things Ruth Bader Ginsburg taught us (and we weren’t even aware of them!) 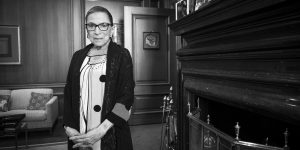 Ruth Bader Ginsburg in her chambers in at the Supreme Court on July 31, 2014.

The devastating news of Ginsburg’s death from pancreatic cancer shocked the country, as crowds filled with great sadness gathered on the steps of the Supreme Court to honor the memory of the associate justice. There is no question that Judge Amy Coney Barrett, nominated by President Donald Trump to take Ginsburg’s place on the high court, will have big shoes to fill.

Ginsburg was only the second woman to serve on the Supreme Court. She was fearless, fighting for the equality of women and minorities. She said, “Women’s rights are an essential part of the overall human rights agenda, trained on the equal dignity and ability to live in freedom all people should enjoy.” She will be remembered as a powerful American trailblazer.

The immeasurable impact Ginsburg had on American society and the advancement of women’s equality will be remembered for generations to come. Ginsburg’s inspiring legacy will be a force that will always be with every American who shares her ideals.  In the middle of the 20th century, women aspiring to practice law faced endless roadblocks. But that never stopped Ginsburg. She fought for human rights, including equal rights for women.

When the established law firms of the 1950s and 1960s shut Ginsburg out, it was difficult for women to stand up for their rights. However, she used discrimination as a source of motivation and argued a series of six cases in the Supreme Court that eventually promoted gender rights and equality. She won five of those six cases.

Ginsburg persevered in the fight for equality, despite being one of only nine women in her Harvard law class. She was someone who, with the odds stacked against her, achieved high office while remaining a role model for every American woman.

So what can we learn from her?

Never lose sight of what you want

Ginsburg was appointed to the Supreme Court in 1993 by President Bill Clinton, selected to fill the seat vacated by Justice Byron White.

With the odds against her and knowing that the opportunities were limited for women, she never gave up on her dreams. She was a woman, a mother and a Jew. Indeed, it was hard for her to fulfill her career dreams. However, Ginsburg always kept her eyes on the prize and learned to adapt while fighting back. Not everything in life will come easily. Like RBG, it is important to acknowledge the difficulties we have in our journey and overcome those obstacles.

As Ginsburg once said, “Real change, enduring change, happens one step at a time.”

During her time at the Supreme Court, RBG learned that society can’t change overnight. It takes time. It takes disappointing defeats along with the great victories. But if you want to achieve real change that will prevail for a long time, and for it to make a real impact, be patient and work for it no matter how long it takes.

Know your worth and your purpose

RBG’s intelligence was never in question. Despite being at the top of her class at Columbia, it was hard for her to find a job after graduation. Ginsburg recalls, “Not a law firm in the entire city of New York would employ me,” she said, “I struck out on three grounds: I was Jewish, a woman and a mother.” Despite the great challenges and obstacles she faced, RBG knew what she was capable of. She decided to move in a different direction, becoming a professor at Rutgers Law School in 1963. In 1972 she co-founded the Women’s Rights Project at the American Civil Liberties Union.

That’s when she knew her purpose in life was to fight for women’s rights.Not everything in life comes easily, and life will throw you a curveball once in a while. Like RBG, know your worth and be true to your purpose and fight for all that it’s worth!

Life is full of beautiful things and you must cherish those moments. But also be ready to have disappointments and hard times. Be like Ruth Bader Ginsburg. Don’t lose sight of what you want. Be patient and know what you are capable of! After all, Girls Can Do Anything. 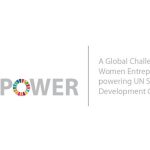 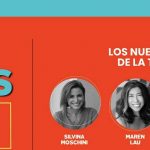