Transparency, Flexible and Remote Work: The New Keys to Attracting and Retaining Talented Women in the Work Market

The technology revolution has brought about many benefits: the Internet of Things, demand economy where access is more important than ownership, driverless cars, the cloud, data analytics, and interconnected devices to be more aware of ourselves and anticipate all our needs. But one of the most important advances might be the opportunity available to companies for creating a flexible work market.

In the digital era, work is something you do and is no longer a place you go. The fourth industrial revolution brings a set of tools that allow work to be done thousands of miles away from the company that contracted the work, with the same level of transparency and confidence implied by sharing the same physical space.

These opportunities offered by technology are particularly beneficial to a section of the work force that remains underutilized: women. According to a report from the International Monetary Fund, “almost half of women’s productive potential remains untapped, compared to a fifth for men”.

Have you ever asked yourselves why a massive force representing half of the world, achieving the highest levels of education including university degrees, postgraduate, and PhDs, generating 28% higher returns when at the head of any company, leave their careers and many times their dreams of professional development as well as their capacity for economic independence when they start a family? In my opinion the loss of that talent is one of the great paradoxes of our times.

Millions of highly qualified women choose to no longer participate in the work market every year because of inflexible and obsolete work environments. A survey published by Sylvia Ann Hewlett and Carolyn Buck Luce in the Harvard Business Review found that 43% of American women who were mothers had left their careers at some point to focus on their families.

Maricruz Tabbia, head of Operations and Talent Recruitment for SheWorks!, knows exactly what I’m talking about. With a degree in International Relations, an MBA, as well as expertise in Human Resources, she ran into multiple obstacles when she decided to resume her career after having a baby.

Her work in non-profit organizations required extensive travel and offered no flexibility of any type, so she decided to resign when she became pregnant. Maricruz shared with me that she even saw colleagues at her workplace having to almost hide the fact that they were nursing their babies during work hours. It was definitely a work environment not compatible with motherhood.

After deciding to rejoin the work force, her job interviews always ended with the question of who would care for her daughter or whether she would be absent from the office whenever her child was ill. This is what some experts refer to as “the motherhood penalty”.

With the cloud, data, artificial intelligence, and an interconnected world, there is no excuse for losing talent like Maricruz. Today, from her home in Franck (population 5,000) in the Argentine province of Santa Fe, Maricruz supports SheWorks! in our talent and recruitment operations.

In the digital era, the key to inclusion can be found in technology and in the transparency it allows. If we make work flexible, with open schedules, offering project-based, part-time, on-demand work, and eliminating the geographical barriers separating talent from opportunities, the market will have access to high quality talent and women around the world will have endless opportunities to contribute to the economy, both their own and their countries’. It is a simple and effective way to export talent and skills without the need for human capital to cross any physical borders. It is also a powerful tool to reduce the gender and local unemployment gap, as well as promoting economic independence.

According to the 2014Global Report on the Gender Gap  https://es.weforum.org/agenda/2014/10/2095-el-ano-de-la-igualdad-de-genero-en-el-lugar-de-trabajo-quiza/, achieving worldwide gender parity in the workplace would take until the year 2095. But the new economy provides us with the opportunity to speed up that process by transforming our vision of work.

Through technology, the flaws associated with remote work have been resolved. Not only through the convergence of machine learning and data science, and matchmaking algorithms that enable placing the perfect person for each job regardless of where they are, but added to the mix are platforms such as TransparentBusiness.com that allow transparent online monitoring of work processes, of each person’s work flow, instead of their physical presence in an office. This technology provides the tools to verify whether a project is progressing effectively and to eliminate the three largest problems linked to remote work: lack of trust, because you can know in real time whether someone is effectively working on a project for which they were hired using screenshots that show their progress. Another challenge is engagement: now resolved using group chats, integrating video conference, file sharing tools, and working cohesively among distributed team members. The third is accountability, as each person is responsible for their own results and their work is assessed using a rating system and feedback regarding their skillset, timeliness, and proactivity, among other aspects.

Under the human resource heading, the advantages for companies have been well documented. Remote work increases productivity, efficiency, and worker morale, while reducing administrative costs and employee turnover rates for employers.

That transformation is behind SheWorks!, our marketplace for distance hiring and management of qualified female talent for collaborative remote work, and based on the technology of TransparentBusiness.

Jointly with our founding partners, EY (Ernst & Young), our objective is to create 100,000 work opportunities, which are flexible and internet-based, by the year 2020. For companies interested in adding diversity and talent, it is a cloud destination where they can find women who have been vetted and certified to work with flexible digital models.

Sixty years ago women were not part of the work market and the rules governing the world of work were made by men, for men, without taking into account the reality of women. Technology has been a point of inflection with a potential that even today is difficult to calculate, but presents a clear opportunity to change the narrative and current work reality for millions of women around the world. 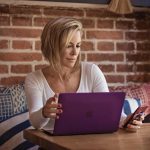 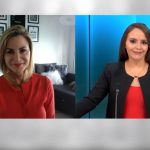